Acting the absolute fool is not normally tolerated in Ireland. Bar Stag Parties. There seems to be some kind of compassion when it comes to Stags and the last night of freedom. That doesn’t mean that acting like a fool is the only thing you should do on your Stag Party. Many bars will stop Stags from entering the premises because of past misbehaviour.  Our Strippers in Ireland have collected a few juicy stories from past Stag Pranks and Stag disasters in Ireland.

Carrick on Shannon Strippers and the Drunk Sailors

Our Strippers in Carrick on Shannon know very well that Stag Parties in this picturesque town can be mad. One of the common mistakes that Stags make in Carrick on Shannon is hiring a river boat. There are loads of booze cruises that can allow your stag to enjoy the Shannon scenery and alcohol with maximum safety. But some stags try their navigation skills while swimming in a sea of lager. Here is what you do ( or don’t do).

River boats for Stags in Carrick on Shannon ! Yey!

You hire a river boat. Make sure to hire an old vessel that doesn’t go very fast. Load 10 lads and 2 crates of cans on it. Get out of the marina making sure you bang every single boat moored. Forget the captains book in the bar. Take the scenic route from Carrick on Shannon towards Lough Corry. You ignore the low water signs near the banks of the lake and get the boat right in the mud of the bank. You drink the rest of the beer while waiting for someone to rescue you. After realising that no one else decided to go in that direction on a boat you call the boat hire company that charges you anywhere between 150 -300 Euros to pull you out of the mud.

You return to Carrick on Shannon and manage to crush the boat on the docks while mooring. You are back just in time to head to Murtagh Bar and get totally hammered. The next morning you have a look at your phone. There are pictures of you covered in mud next to the best Strippers in Ireland.

Our strippers know Dublin well and can advice you on where to go for a decent pub crawl. But you decide to drink 15 cans each in the flat. Then head to Hill 16 and decide it is a brilliant idea to take take the piss out of Dublin accents. You also arrive all dressed in mankinis with enough bush in crucial points of your body. You get thrown out of every single pub in Dublin. Once you think that enough is enough, you get back to your hotel and drink the bar dry. You miss the alarm call and your flight. Unforgettable Stag party in Dublin.

Since the inception of the Stag parties, Strippers have been an active ingredient for the Stag explosion. On the other hand, choosing a stripper is not as easy as picking a burger in Mcdonalds. While the latter taste more or less the same, some strippers in Ireland can leave you with an unpleasant aftertaste.

So, you decide to get a “very dirty stripper”. As a consequence you trust the craziest person in the group to make the choice. He goes on to check the latest escort website. Then books a middle aged lady that strips and does loads of other things. She shows up blind drunks and get out her massive tits. Then falls over and pukes in the corner. Finally she decides that this is a good time to give the Stag a Lapdance. She falls over again. The stag leaves the place and you spend the rest of the night looking for him.

Landlord at the gates of the Stag Party

A completely different story has happened many a time. You book a top rated stripper, from a reliable agency.  Then decide to have the stripogram in the rented accomodation. The elderly lady who you are renting the gaff from is already upset that you forgot to tell her that it is a group of stags staying. The stripper arrives on time and the small apartment turns into an inferno. As a matter of fact you are putting the best show ever with strobe lights and the music is blasting. Then the Granny arrives. Just as the strippers is removing the last part of her elaborate costume. While this is exactly what you need for a stag party, the owner of the temporary stripper club is not impressed. You insist on taking selfies with the Granny and the Stripper.

She calls the Guards. You can’t stop laughing. You spend the night walking around Dublin and drinking cans of Gold Dutch. Also this is a great opportunity to meet the real people of Dublin.

Strippers for the Priest

Actually this particular adventure is not that common but worth mentioning. Purely, because it needs a lot of courage and high levels of stupidity. Imagine inviting the Priest that will marry the couple on a Stag. If he is known to the couple and the family circles he could accept. Then you decide that the best idea to make the party memorable is to invite a stripper dressed as a nun. Once the stripogram is over you will need to find a new priest to marry the sinful couple. Luckily, there are loads of Pagan priests that will tie the knot for the couple with the Sun, the Moon and the Stars as witnesses.

One of the most common mistakes that some active lads would do, is to choose stag activities in Ireland that are made for professional sportsmen. While rock climbing on the Wild Atlantic Way might seem like a fantastic idea it might not suit the office workers that make up 50% of your Stag Party. So you completely ignore the fact that most of the lads are past their triathlon prime days. Then you book a rock climbing session followed by abseiling with Adventure West in Westport .

What can unflod is not that funny. From strained muscles to fractures and a few times with a special overnight stay in  the most welcoming Irish Hospitals. The A&Es have a long list of records from the Stag Parties that took their selfies with the nurses. Zorbing, especially when under the influence can become a point of amusement for the whole town. Going down a hill on a Zorb ball is really a great way of making your fellow stags dizzy. On the other hand if your zorbing activity is close to a lake, you might enjoy the company of the local rescue team that is dragging the stag behind their rescue boat.

As human stupidity and the universe are infinite, our sexy Strippers in Ireland will be collecting more gems of Stag misbehaviour to share with their loving audience. Keep yourselves updated and send us your stories .

Strippers in Ireland take us for a Lidl ride

Strippers Ireland needs to party in 2019 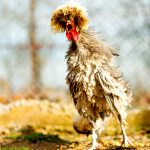 The Hunks of Desire™ Show, The Angels of Sin™ Show are registered trademarks owned by HOT STUFF ENTERTAINMENT™ and may not be used or reproduced without permission.